Thanks to MangaKast for the nomination. I’m usually pretty bad at responding to these but with a few anime drops last week I had a space in my schedule and it has been awhile since I’ve properly followed through with an award. The rules and my nominees are at the end of the post.

01. If you could be any animal, what would you be?

If we’re talking real animals it would have to be a cat. They are so graceful and yet so strong (for their size). Also, even when the klutz up they usually manage not to hurt themselves.

Century Gothic. There’s just something very clean and appealing about it.

03. When you were small, what did you want to be when you grew up?  What’s your dream job now? Has it changed?

I kind of always wanted to be what I became and while I am looking for a change in my lifestyle (because too much work can really tire you out after awhile), I do love my job. I just wish it didn’t consume the lion’s share of my existence.

At the moment I have a cat and some chickens (though I don’t give my chickens names anymore because getting attached to them is a bad idea). The cat has a name but generally responds to cat.

05. If you could travel anywhere in the world, where would you go and how long would you like to stay?

I’d love to go back to Japan. I want to go to most countries in Europe. Eventually I’d like to get to Peru and Canada. I wouldn’t mind New Zealand again. Visiting China would be awesome. Vietnam… Well, more or less anywhere I guess. I’ve learned from travel that three to four weeks in a country is enough. By the end of three weeks the novelty of living out of a suitcase is wearing thin and I really start wanting my own bed.

06. If you could live in any fantasy setting (book, movie, anime, manga, comic book, game, etc.,) where would you chose?

Preferably one that wouldn’t kill me. On that note though, I wouldn’t mind Aincrad from SAO provided they removed the whole if you die in the game you die in real life aspect.

07.What’s the last thing you read? Did you enjoy it?

I’m drafting this post pretty much after finishing reading the first volume of The Seven Princes of the Thousand Year Labyrinth which I’m reviewing in March. And given my first impulse on finishing the book was to hit the book depository and add the next three books to my wishlist to wait for a sale, I’m guessing I enjoyed it.

A really ugly fan/heater that isn’t on because the using a fan in 40 degree heat just blows hot air at you so the air conditioner is running and giving me a wondrous power bill for the month.

A filing cabinet that is also pretty ugly, but made better by the many magnets, including Sailor Moon, Johnny Depp, and the Dark Crystal, and they are all pinning down photos and post cards from various people and places.

10. Do you have a favourite colour? If so, what is it? Has that changed since you were little?

I’m into dark colours. Dark reds, purples, navy and that sort of thing. I’m not overly picky about exactly which colour but I don’t like pastels or neon colours.

11. How annoying do you find lists of questions you’re required to answer on a scale of 1 (being “I love them, are you kidding!”) to 10 (being “with the fiery passion of a thousand burning suns!!!!”)?

I would say maybe a 4. I enjoy answering these because when I read other people’s responses it gives me a chance to see more about them than you might just from reading their normal posts.

My nominees (tagged on twitter) – and probably tagged before but I’m curious as to their answers, but no pressure if you don’t want to play:

1. What is the best place you have travelled to in the last five years and why?

2. What has been your favourite meal in the last month?

3. Do you cook or do you eat out or does someone cook for you?

4. What character would you name a pet after?

5. If you could summon any fictional character into existence (with some hope that they would be loyal to you and that you could somewhat control them and they won’t kill you), who would you summon?

6. What is the best movie you have seen in the last 12 months?

7. Is there a blog post topic you’ve always wanted to cover but haven’t because you were worried about the reader reaction?

8. Assuming blonde, brown, black, and gray are all off the table, what colour would you dye your hair if forced to change your look?

9. What is your favourite Keanu Reeves movie (yeah, weird question, just go with it)?

10. If you had the option of being on the first colonising space ship sent to another planet (assuming we knew human life could survive on said planet), would you go?

11. Who were the last 5 people who commented on one of your posts?

Nominees, your rules are below! 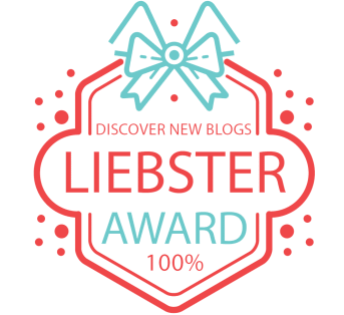 more great content on this blog, consider becoming a patron for as little as $1 a month.

Another way you can support the content here is by buying a copy of ‘Thoughts on Anime 2017‘ as an ebook. It contains a selection of reviews, features and top 5 lists from 2017 and while the content is available free on the site, this is a great way to give a one off show of support for the blog. It is available for $3.99.

What Are You Looking For?